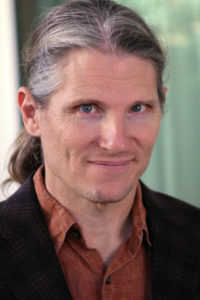 Burt Culver is an actor in film and television. He trained at Australia’s National Institute of the Dramatic Arts and brings a palpable presence to the screen. You can see him on cable networks, Netflix, and all the various Video on Demand outlets in markets globally. This year will see his work in feature film released in “Bastard”, “The Paper Boat”, and “The Bride” and his latest episodic work can be seen on several cable networks.

“I want my characters to inspire by pushing on regardless of life’s cruelties no matter if the ultimate outcome is good or evil. It’s the struggle that inspires hope.”  Burt brings to life anti-hero characters who the audience can identify with and root for despite the methods he uses to reach his goals. He often plays a guy with a tragic background who is making things right.

Burt brings to his material a diverse background ranging from serving in the US Peace Corps, volunteering at a county Emergency Room, interning with the Fish & Wildlife service, and living on four continents. He began acting in elementary school by writing skits and performing them with classmates. This depth and breadth of experience comes through in his roles.